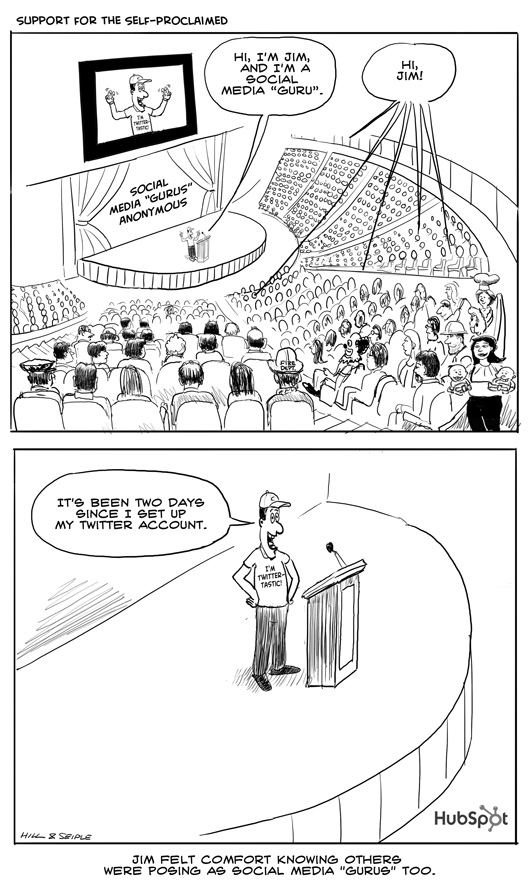 To me, I don’t think anybody should just claim to be a Social Media whatever. Especially in the world of Social Media you shouldn’t claim this. There is one exception though. If other people call you a Guru, Ninja, or whatever the word to use is at the moment, than you can claim to be one.

The true experts though, don’t really make such a fuss about being a Guru or a Ninja, they just are who they are, and do what they do to the best of their ability. And in the world of Social Media that’s exactly what works and what makes them influencers and inspirators to others.

So before you try to claim you’re Social Media Guruness, think about what Social Media really is.It’s about connecting with people in an honest and true way. That’s what builts your credit and that’s what makes you (hopefully) good.

A few steps to becoming a Social Media Guru: