The first thing that sprang to mind even before clicking on Lady Gaga’s Telephone music video was Michael Jackson’s Thriller.

Length
I remember how unusual it was at the time to have a 14 minute music video but Michael Jackson made it anyway. Lady Gaga’s video is ‘only’ 9 minutes compared to MJ’s 14, but still, it’s quite long.

Story
What both videos also have in common is the fact that they actually tell a story from beginning to end. They are more like short films rather than a music video.

Moves
Lady Gaga’s Telephone music video even has some moves in it that remind me of Michael Jackson’s Thriller. I see the same sort of ‘ hand’ movement. Even the background dancers where ripped up clothing in both videos (in that shot). Than again, it could be a coincidence. 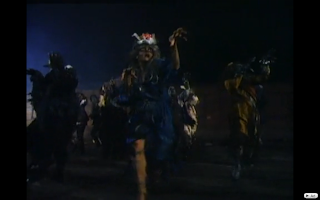 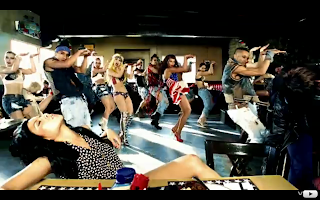 Appearance
Both change appearances in their videos. Michael Jackson turns into a zombie and Lady Gaga changes her appearance many times from prisoner to chef to whatever.

Marketing
Both Michael Jackson and Lady Gaga did some extra marketing for their music videos. MJ released a ‘ Making of’ video at the same time as he release thriller. It became the top-selling-home-video release of all time at one point (source: Wikipedia).

Lady Gaga did some marketing before hand and posted stills from the music video on her website. Which made her audience even more curious about her new video. I love the way how she uses Social Media to inform her audience. Even in times like this when a lot of people are downloading illegally she has managed to get her fans to buy her albums.


Conclusion
I have to say that in no way shape or form I’m trying to compare the two artist with each other on a musical level. That’s not possible, they are both two different people, there is only one Lady Gaga and there has always been only one Michael Jackson. I just see some similarities in their two music videos. For me, Lady Gaga’s Telephone took me back to Michael Jackson’s Thriller.

Tjongolongo, wouldn’t it have been something to have seen the two collaborate. I would’ve loved to see what two creative minds like that would’ve come up with.

Do you see any similarities in both videos or is it just me?