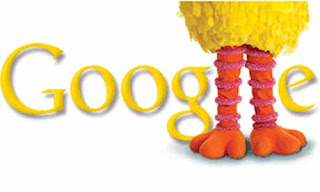 4 thoughts on “Google Sesame Street logos are taking over!”